We respect parental authority regarding sex education. We believe that abortion providers and affiliates should be prohibited from providing any curriculum or instruction in schools.

The SBOE should be minimally staffed out of general revenue. We encourage teaching critical thinking skills, including logic, rhetoric, and analytical sciences within these subjects. These should be taught as challengeable scientific theories subject to change as new data is produced. Teachers and students should be able to discuss the strengths and weaknesses of these theories openly and without fear of retribution or discrimination of any kind.

We also oppose the modification of college entrance exams to reflect any national core philosophies. Any school district that violates state law banning the use of a national core curriculum or standards shall lose all state funding until said curricula or standards are removed and no longer utilized in classrooms.

Local school district boards must hold public hearings prior to adoption on such materials, and citizens should have access to review classroom materials upon request at any time.

Students shall pledge allegiance to the United States and Texas flags daily to instill patriotism. Students have the right to display patriotic items on school property. We reaffirm that the age of consent in Texas is 17 years old.

The Texas Republican Party supports teachers and staff, who obtain concealed carry licenses, and obtain additional training required by the district, to have the right to carry firearms on school premises. The school security plan must explicitly provide for the personal security of students and staff by responding with an equal and opposite force to an aggressor that uses deadly weapons or devices.

In an effort to customize plans for each district, a parent oversight commission will be consulted and advised as to the threat assessment status of schools at all times and must be allowed to partake in strategy sessions for the creation of the school security plan. We urge Congress to become fiscally responsible by immediately enacting the following items: Adopt zero-based budgeting. Adopt a policy of requiring a private sector efficiency commission for each governmental department. Prohibit Congress from passing appropriations bills unless each appropriations group is considered and passed separately.

We oppose all bailouts of domestic and foreign government entities, states, and all businesses, public and private. Line-Item Veto : We support strengthening the line-item veto authority of the Governor. The State needs to properly fund the Texas state highway system to prevent the use of local property taxes being diverted to state roads. Property Tax Rollback Elections : We urge the Legislature to establish a property tax revenue growth trigger of 2.

Homestead Appraisals : We support allowing homeowners to contest their homestead appraisals in Justice of the Peace court. School Finance : We support a simple, fair, and efficient method for financing our public school system. We oppose the Edgewood I and II decisions that legislate school finance from the bench. Additional School Funding : Before receiving additional dollars through the school finance formulas, school districts must spend at least 65 percent of their current funding in the classroom. 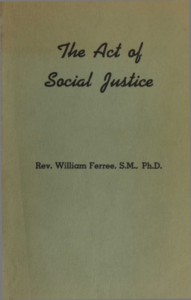 Social Security : We support reform to Social Security that allows people to opt out. We oppose taxation of Social Security benefits. Tax Burden : We in the Republican Party of Texas believe in the principles of constitutionally limited government based on federalist principles. Truth in Taxation : We urge that taxes established for a particular purpose shall not be used for any other purpose. Public Posting : We support statewide, local taxing entities, and [federal] government entities compiling and publicly posting their current debt, future obligations, financial statements, check registers, and local government contracts on their official websites.

We support a change to the property tax and exemptions section to allow special taxing districts to freeze their property tax assessment for taxpayers 65 or older or disabled. Any bond election state or local must pass with at least a two-thirds majority of voters to affirm the bond. The bond issue must obtain a yes vote of a minimum of 20 percent of registered voters. All elections of personnel responsible for adopting a budget and a property tax rate and all elections involving bond indebtedness shall be held on the November uniform election date and administered by the County Clerk or the County Elections Administrator.

No public funds are to be spent influencing a bond election. We oppose bundling of items on bond election ballots. Candidate Eligibility : A candidate running for office should be required to reside within the geographical boundaries of the office sought. The Secretary of State shall be required to certify that state and federal candidates placed on ballots proffered in Texas meet the statutory requirements for the office sought. Judicial Candidate Speech : We support a state constitutional amendment that would enable judicial candidates to express their beliefs in general terms before elections to thus inform voters of their views.

Campaign Endorsements : We oppose the buying and selling of endorsements in all elections. Statute Reduction : We support efforts to eliminate duplicative and unnecessary government statutes. Cybersecurity : We support government efforts in cybersecurity to safeguard privacy, elections, intellectual property, and public safety while respecting civil rights.

Cybersecurity Voter Registration : The State of Texas should use any undedicated federal election funds received to improve the security of our online voter registration data. Elected Appraisal Boards : We support the election, by registered voters in the geographically affected area, of appraisal boards and appraisal review boards.

Conflicts of Interest : We support legislation prohibiting the influencing or voting of any elected official or appointee where a conflict of interest exists. Elected Removal : We support that any state elected official convicted of or placed on deferred adjudication for a felony or misdemeanor that constitutes a crime of moral turpitude while in office be permanently removed from office.

Sexual Harassment : RPT supports a zero-tolerance policy for sexual harassment. Early Voting : We support that early voting will be limited to 7 days, ending on the Friday before Election Day. Fair Election Procedures : We support modifications to and the strengthening of election laws to ensure ballot integrity and fair elections. We support the Secretary of State strictly enforcing printing of results tapes for electronic voting for early voting and Election Day at polling locations after the polls close for all counties. We support all means of protecting the integrity of our elections, including the optional use of paper ballots.

We oppose countywide polling locations due to heightened potential for fraud. Residency Requirements : We support legislation that defines voter and candidate residency and is enforced by the Secretary of State. Felon Voting : We support the constitutional authority of state legislatures to regulate voting, including disenfranchisement of convicted felons.

Consolidated Elections : All public elections, with the exception of specially called elections, should be consolidated to Primary and General Election days and locations. Voter Registration : We support restoring integrity to the voter registration rolls and reducing voter fraud. We support repealing all motor voter laws, re-registering voters every four years, requiring photo ID of all registrants, requiring proof of residency and citizenship along with the voter registration application, retaining the day registration deadline, and requiring that a list of certified deaths be provided to the Secretary of State in order that the names of deceased voters be removed from the list of registered voters.

We should give the Secretary of State enforcement authority to ensure county registrar compliance with Secretary of State directives. We also support revising Title 19 funding to avoid incentivizing retention of ineligible voters. This will allow bedside voting, if necessary, and the ability to provide fraud-free elections for handicapped and elderly voters.

Campaigning at Poll Sites : We encourage free speech at polling sites outside of the existing boundaries. The right to campaign, including the display of signage, with respect to current state law, at an appropriate distance feet from the polling place, shall not be infringed. Voting Rights : We support equal suffrage for all United States citizens of voting age who are not felons.

We oppose any identification of citizens by race, origin, or creed and oppose use of any such identification for purposes of creating voting districts. We urge that the Voting Rights Act of , codified and updated in , be repealed and not reauthorized. Direct Elections of State Judges : We support our right to select our judges by direct vote. Government Authority : We believe any government authority that has the ability to level a tax or fee on the people should be accountable to those who pay the taxes via the electoral process, from the local level to the federal level.

Foreign Policy : We support a foreign policy that relies on peace through the strength of our national defense and avoids foreign deployments or entanglements.

We support a free-market economy, private humanitarian aid to developing countries, continued favorable treatment of proven allies, censure of adversarial entities that seek destruction of other countries, and strong policy on confronting terrorists. We strongly oppose religious or ethnic cleansing. We oppose US aid to any foreign entity that consistently votes against our interests or is openly hostile to our nation.

Foreign Aid : We support foreign aid in non-monetary form goods and services , only to our allies in cases of national defense or catastrophic disasters, with congressional approval. Iran and North Korea : We oppose development of nuclear weapons by Iran and North Korea, and oppose easing sanctions on either country until their hostile behavior and nuclear proliferation cease.

The United States should continue to support Israel militarily, financially, and technologically. We oppose any pressuring of Israel to make concessions they believe would jeopardize their security. We strongly oppose the anti-Semitic Boycott, Divestment, and Sanctions BDS movement, on all levels, including and especially on college campuses, at the United Nations, and by anti-West non-governmental organizations. We believe there should not be a Palestinian state within the historical borders of Israel.

The rejection of all Agenda 21 and Agenda policies and programs. The rejection of all related NGOs, councils, and environmental programs. A zero-budget allotment of American tax dollars to any United Nations programs. Federal Land in Texas : All federal land in Texas should be returned to and administered by Texas, except for land specifically authorized in the Constitution military bases, federal buildings, post offices. Federal Offices Location : Offices attached to the seat of the federal government should not be required to exercise their offices in the District of Columbia. It is no longer necessary for all federal agencies to be located in the District of Columbia, and we call on both the Senate and Congress to expunge Chapter 3 of 4 U.

We support legislation to prevent lobbying by any organization receiving federal grants except that relating to its tax status. Tax-Funded Lobbying : We urge that the Texas Legislature enact legislation that prohibits tax-funded contract lobbying. Texas Speaker of the House : We oppose the use of pledge cards and call for the Republican members to caucus after each November general election to determine, by secure secret ballot, their candidate for Speaker. We also call for the Republican members to vote as a unified body for their selected speaker candidate when the Legislature convenes in regular session.

Ghost Voting : We expect the Texas House of Representatives to enforce house rules and prevent ghost voting. Updating Texas House Rules : We request the House Republican Caucus work with the Republican Party of Texas on House rule changes prior to the next legislative session that would facilitate the passage of legislation based on the Republican platform and Legislative Priorities. Such changes should not have the result of disenfranchising the minority party, but should ensure that the majority party can get its own business done.